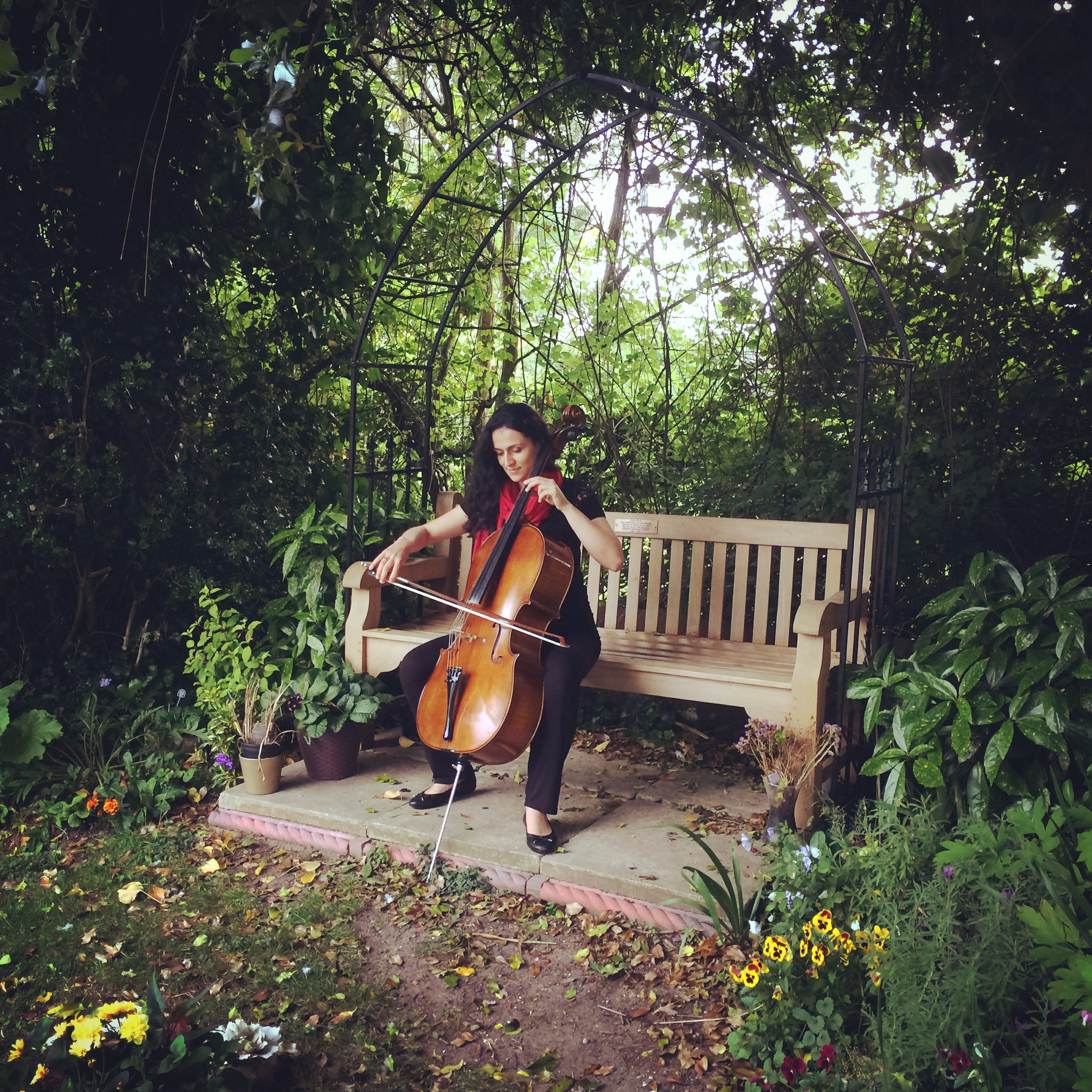 Ivana returns to the annual Cello Weekend hosted by the University of Chichester and lead by Dr. Laura Ritchie, to deliver a masterclass in performance and technique. 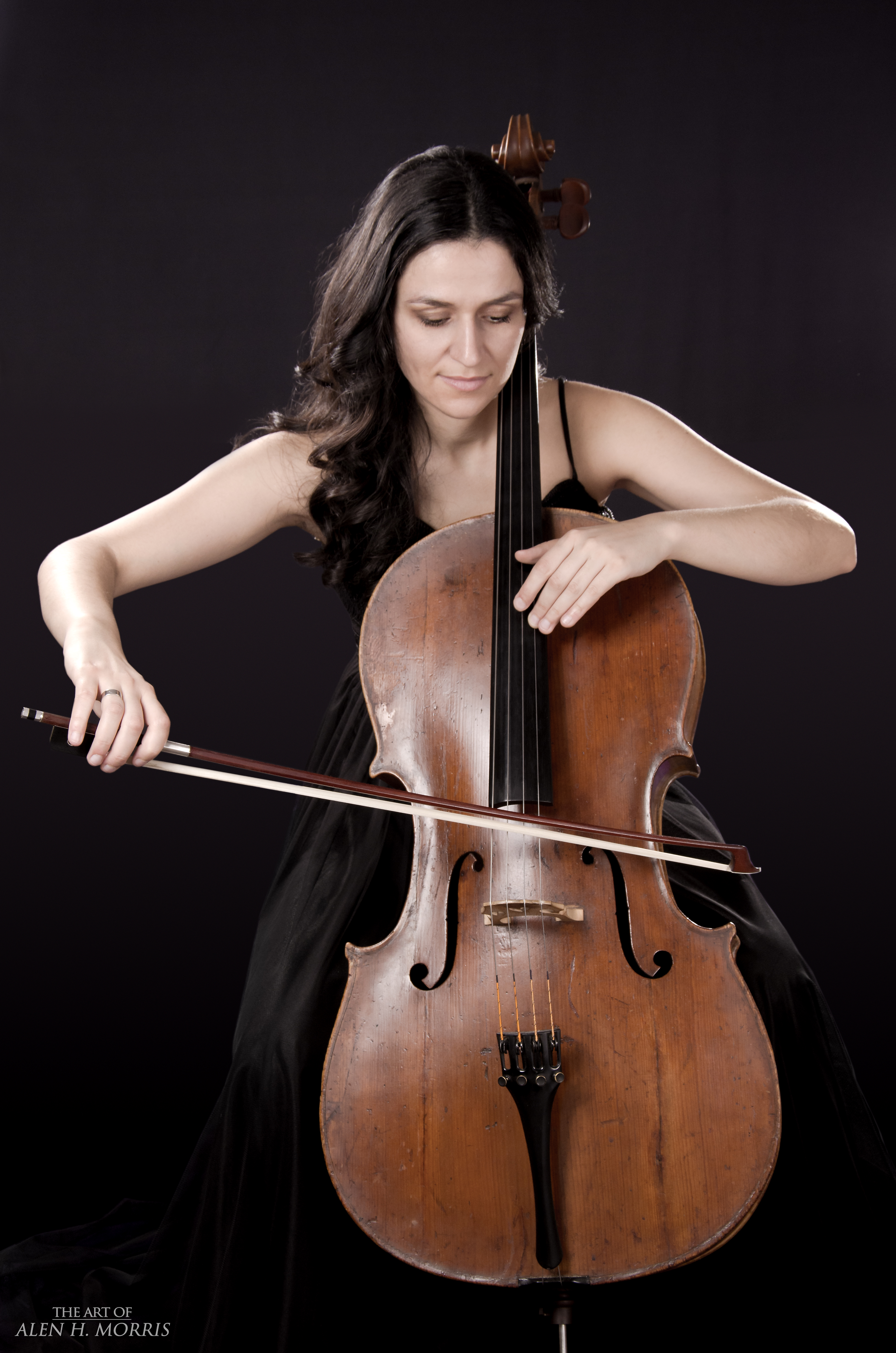 As a soloist and member of various ensembles, Ivana Peranic has performed in many notable venues, such as Queen Elizabeth Hall, Wigmore Hall, LSO St Luke’s and St James Piccadilly; and has recorded in Abbey Road and AIR Studios. Her recent recitals have been hailed by independent critics as “glowing”, and her tone “powerful, with a terrific lower register… resonant, suggestive of powerful reserves - sweeping musical argument with uninhibited, consummate technique”. An avid performer, Ivana has given solo and chamber music recitals across the South East, recorded for Classic FM, and premiered pieces by contemporary classical composers. Following her passion for education, Ivana is an Associate Lecturer at the University of Chichester, where she is also coaching for the Symphony Orchestra. She has given masterclasses at the University of Sussex, at the Cello Weekend hosted by the University of Chichester, and taught advanced cello programme and coached the Brighton Youth Orchestra for the Brighton and Hove Music and Arts.

Ivana has previously served as Principal cellist for the Sarajevo Philharmonic Orchestra, Bosnia&Herzegovina's top state orchestra. The Sarajevo Philharmonic is based out of the National Theatre in Sarajevo, and in addition to symphonic repertoire, it supports all the opera and ballet performances throughout the season. In addition to her five-year engagement with the Philharmonic, Ivana has lead the Sarajevo Chamber Orchestra, and has been fortunate to perform alongside many prominent artists, such as Riccardo Muti, Denyce Graves, Zeljko Lucic, and Alena Baeva, among others. In 2009, she was invited to join the Balkan Chamber Orchestra by the ensemble's conductor and leader, Toshio Yanagisawa, and subsequently performed in Vienna's Musikverein, Tokyo's Kioi Hall, Belgrade's Kolarac Hall and other prestigious venues across Europe and Japan. Her final performances with the BCO included the 2015 World Peace concert in Belgrade, featuring the international soloist Akiko Suwanai on violin.

A native of Bosnia&Herzegovina, Ivana completed her Bachelors and Masters studies at the Music Academy of Sarajevo, under careful tutelage of Prof. Yevgeny Xaviereff. During her studies, she was awarded full scholarship to participate in ISA Summer Academy in Semmering, Austria, and the Austria Baroque Academy. In 2010 and 2011, she was a member of the Maribor International Orchestra in Slovenia on tour of Slovenia, Austria and Italy, which included performances with Wolfram Christ as soloist. Ivana was awarded First and Special prize at the II International Chamber music competition in Sarajevo for her performance with Bosnian pianist and recording artist Aida Musanovic – Arsic. In 2016, she completed an Artist Diploma at Trinity Laban Conservatoire in London under the tutelage of David Kenedy, generously supported by the Ofenheim Trust and the Conservatoire. During this time, she was a recipient of Richard Carne Fellowship for string quartets, and the John Thompson String Prize with the Kodo Quartet.

Ivana currently lives in Brighton with her husband Martin, and enjoys baking, hiking and LEGO.

Ivana maintains a private studio in central Brighton and South East area. With over ten years of experience, she teaches students of various abilities and backgrounds, and offers complementing her lessons with elementary piano, aural skills and music theory. Ivana draws knowledge from the prominent musicians and pedagogues she has been fortunate to learn from, and aspires to deliver the best of the technical and musical aspects to her students. A dedicated, enthusiastic and engaged teacher, she enjoys ensuring that every student fulfils their unique potential, while encouraging their passion for music and the cello.

Ivana teaches at the University of Chichester, where she has also given masterclasses for the annual Cello Weekend. She served as advanced individual lessons cello teacher at the Brighton and Hove Music and Arts, where she was also a music leader for the Brighton Youth Orchestra. She has appeared as Senior mentor for Trinity Laban's undergraduate Concert Orchestra and coached the University of Chichester Symphony Orchestra. Ivana also enjoys coaching chamber ensembles of various ages and forms.

For rates and availability, please visit the contact page. 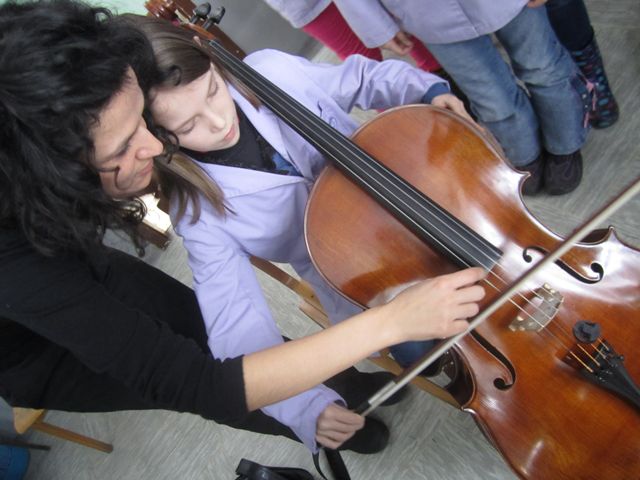